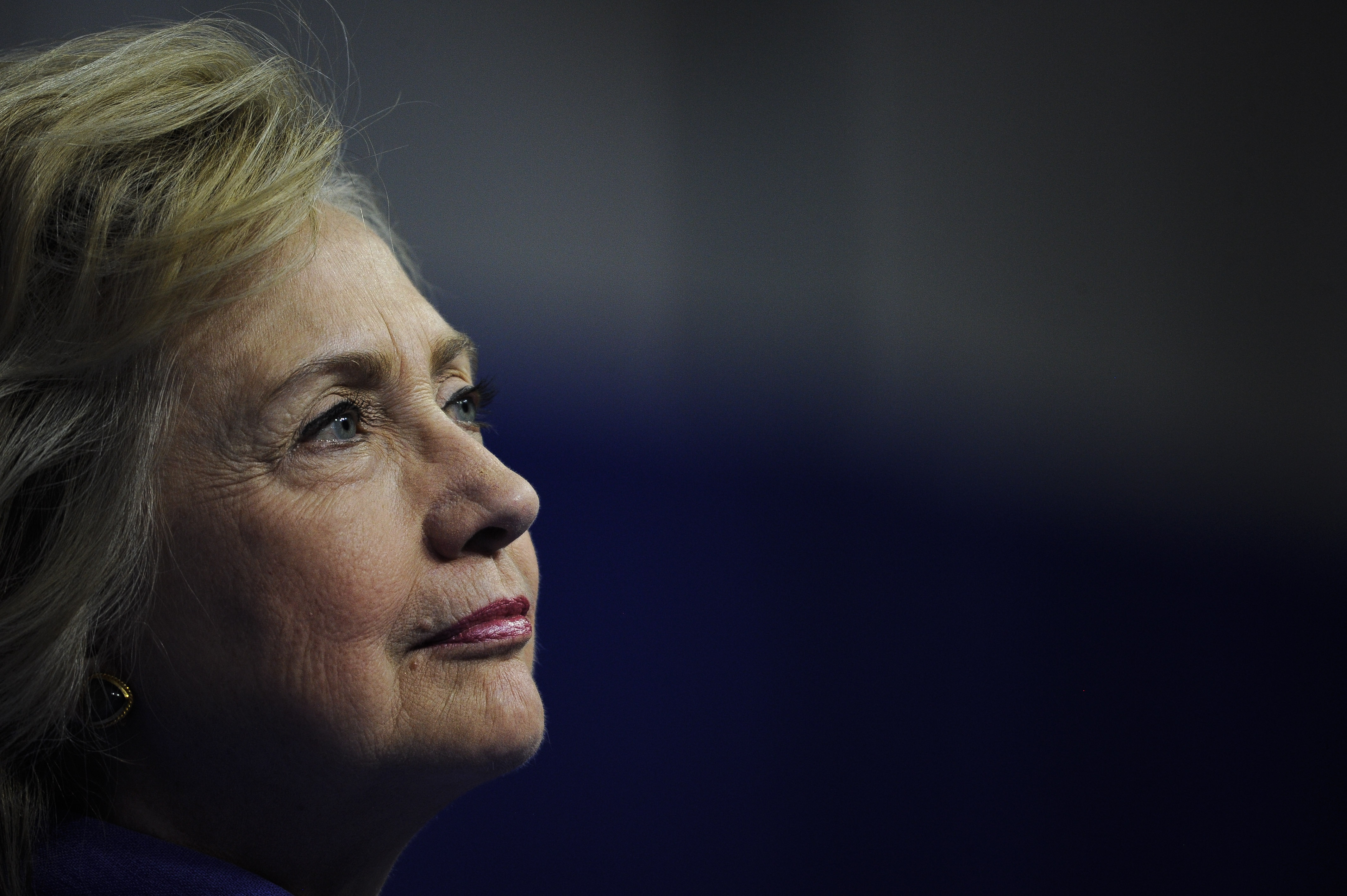 2016 is finally in the books, and what a year it was! I kept busy covering local news for the Philadelphia Inquirer and Metro Philadelphia and traveling the greater Philadelphia region to work on stories for The New York Times, Reuters, The Washington Post, NPR, and others. In July I joined a talented team of editors and photographers at Reuters to cover the Democratic National Convention in Philadelphia. I also followed Hillary for Reuters, and in December TIME magazine used my photograph of Hillary to illustrate her No. 2 spot in the magazine's special "Person of the Year" issue. I also had time to continue work on my personal project documenting the adjustment of newly arrived Syrian refugees. Keep reading for a selection of my favorite photos and stories from 2016. Thanks for looking, and best wishes in 2017! 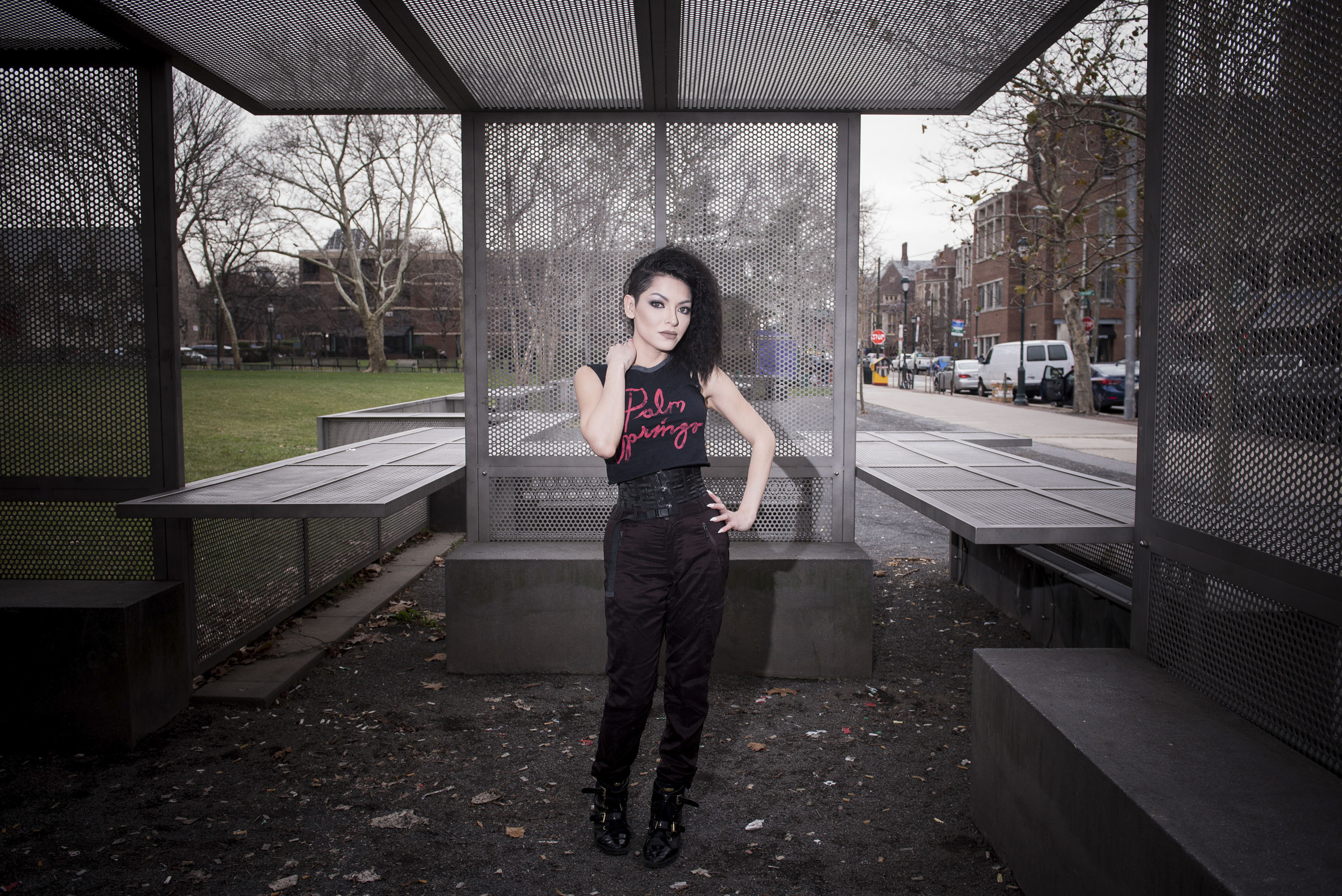 Jara Krys, a transgender model college student at the University of Pennsylvania, who took up sex work during a leave of absence to help pay her tuition bills, poses for portraits in Philadelphia, PA, on January 08, 2016. 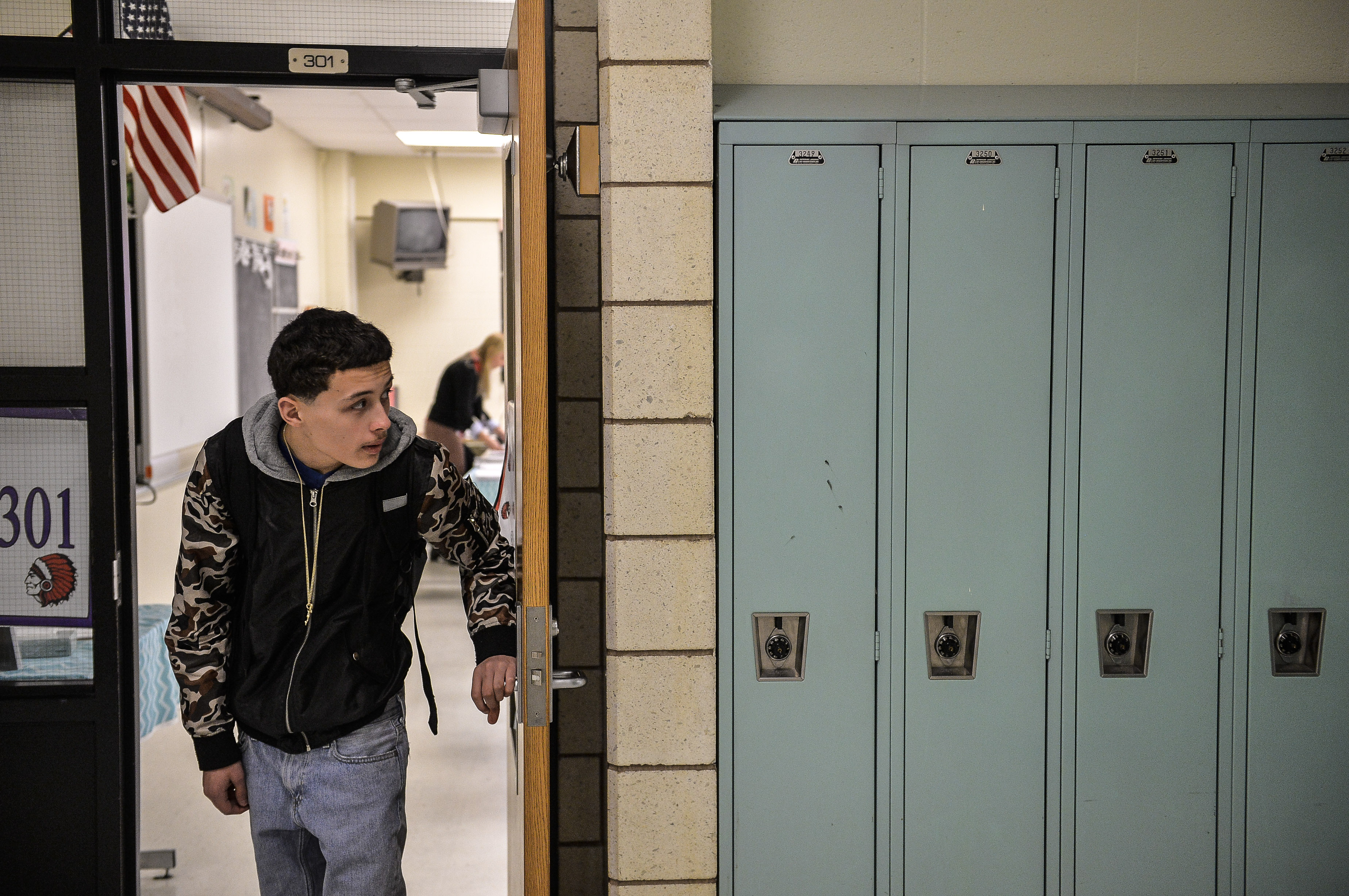 Sophomore Miguel D'Agostino looks down the hallway before the start of a learning support class at Coatesville High School in Coatesville, Pennsylvania, Feb. 04, 2016. 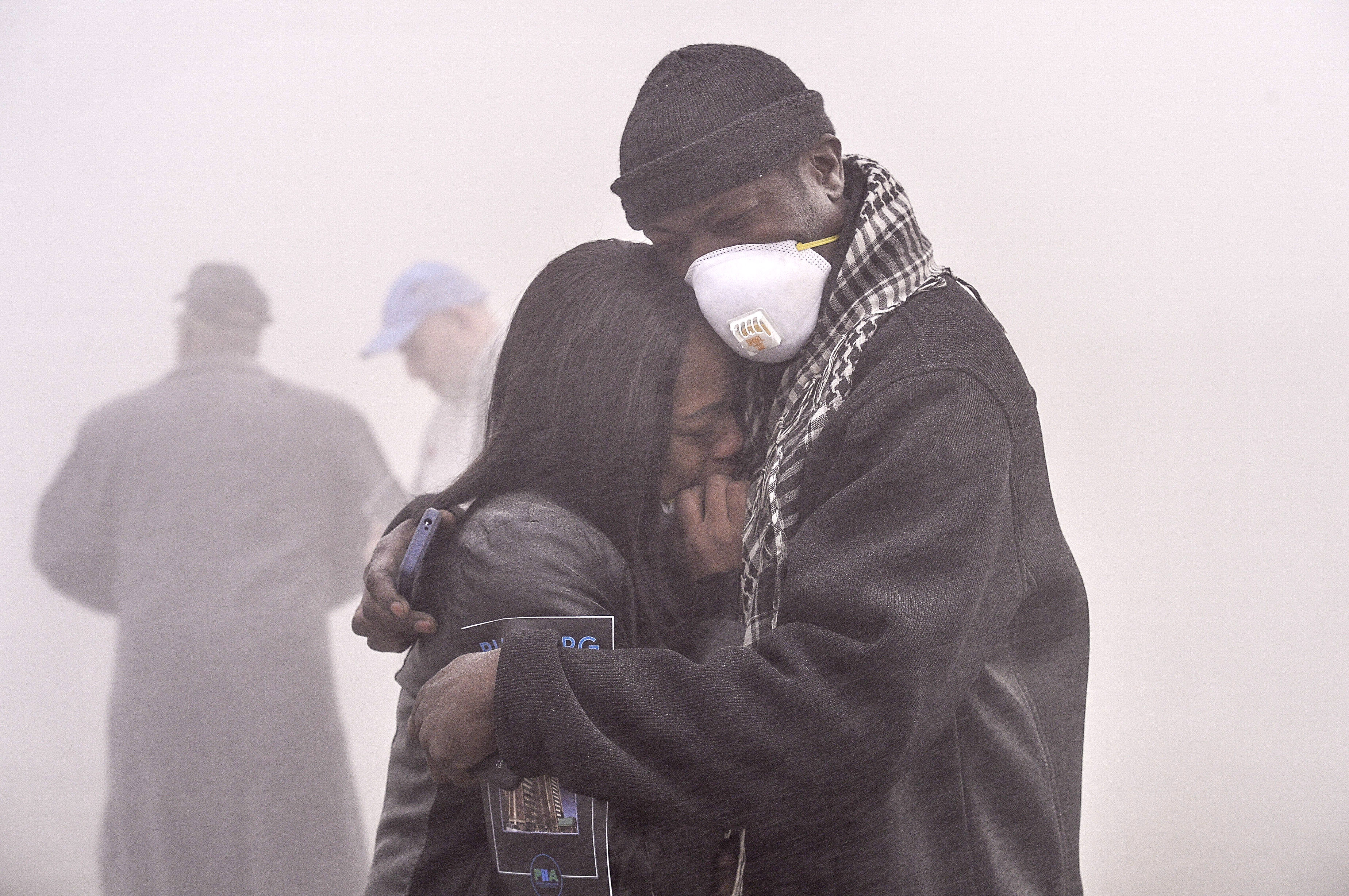 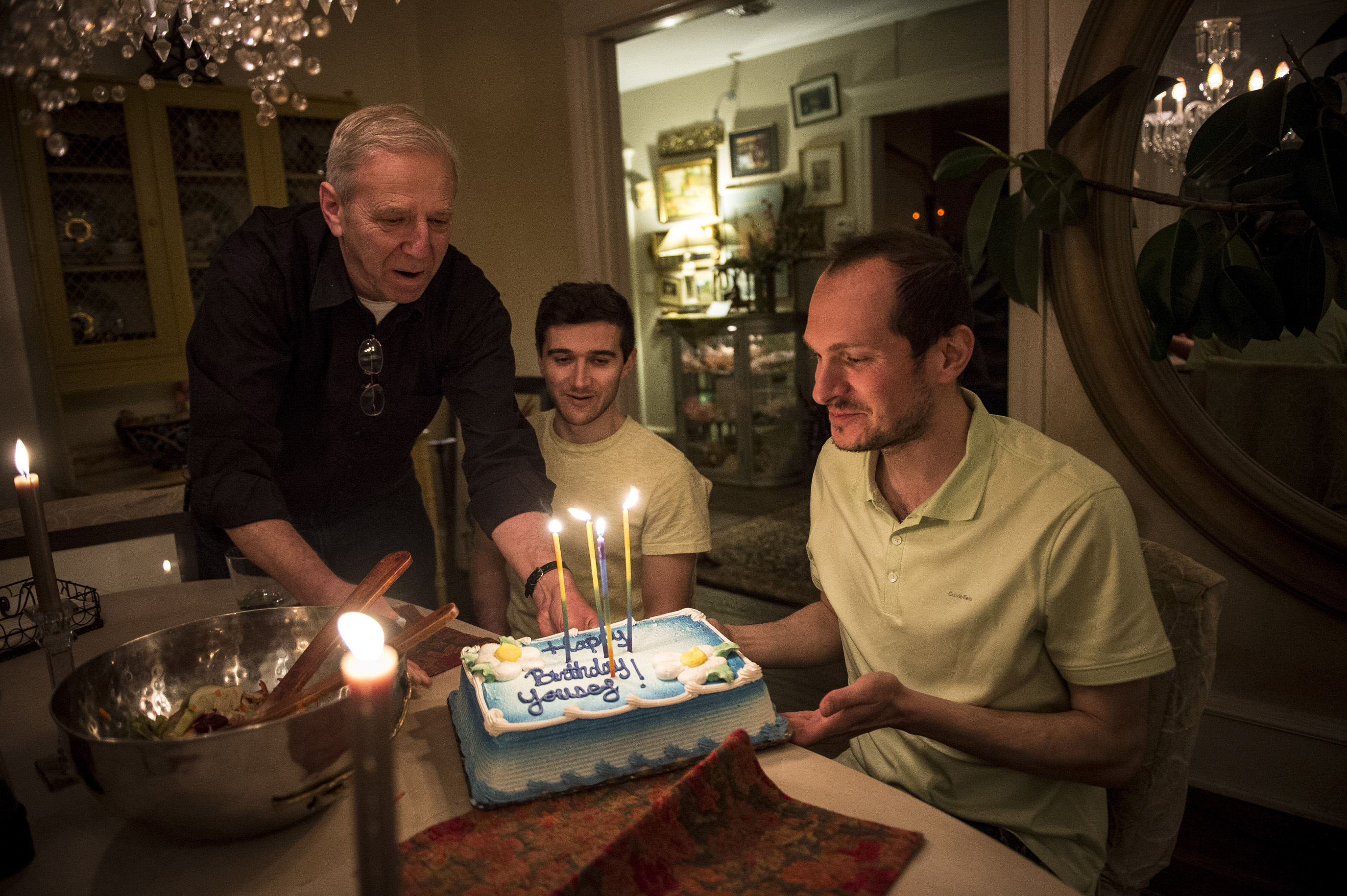 Yousef Abbara, a Syrian asylee living in Philadelphia, celebrates his 31st birthday with friends Jack and Armir at Jack's home in Woodbury, NJ, April 15, 2016. Yousef is an engineer from Homs who fled Syria in 2014 and was granted asylum in the U.S. later that year. 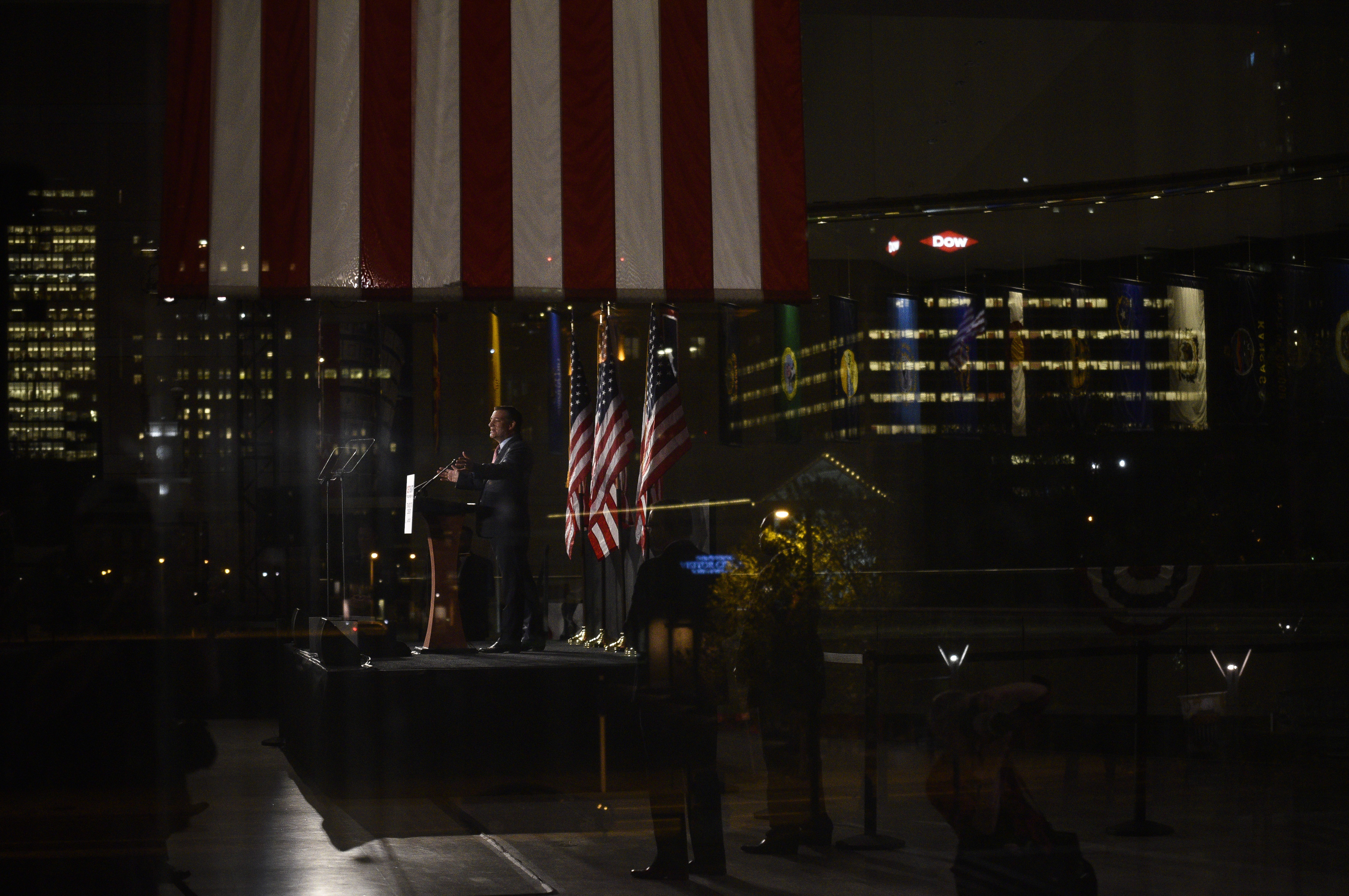 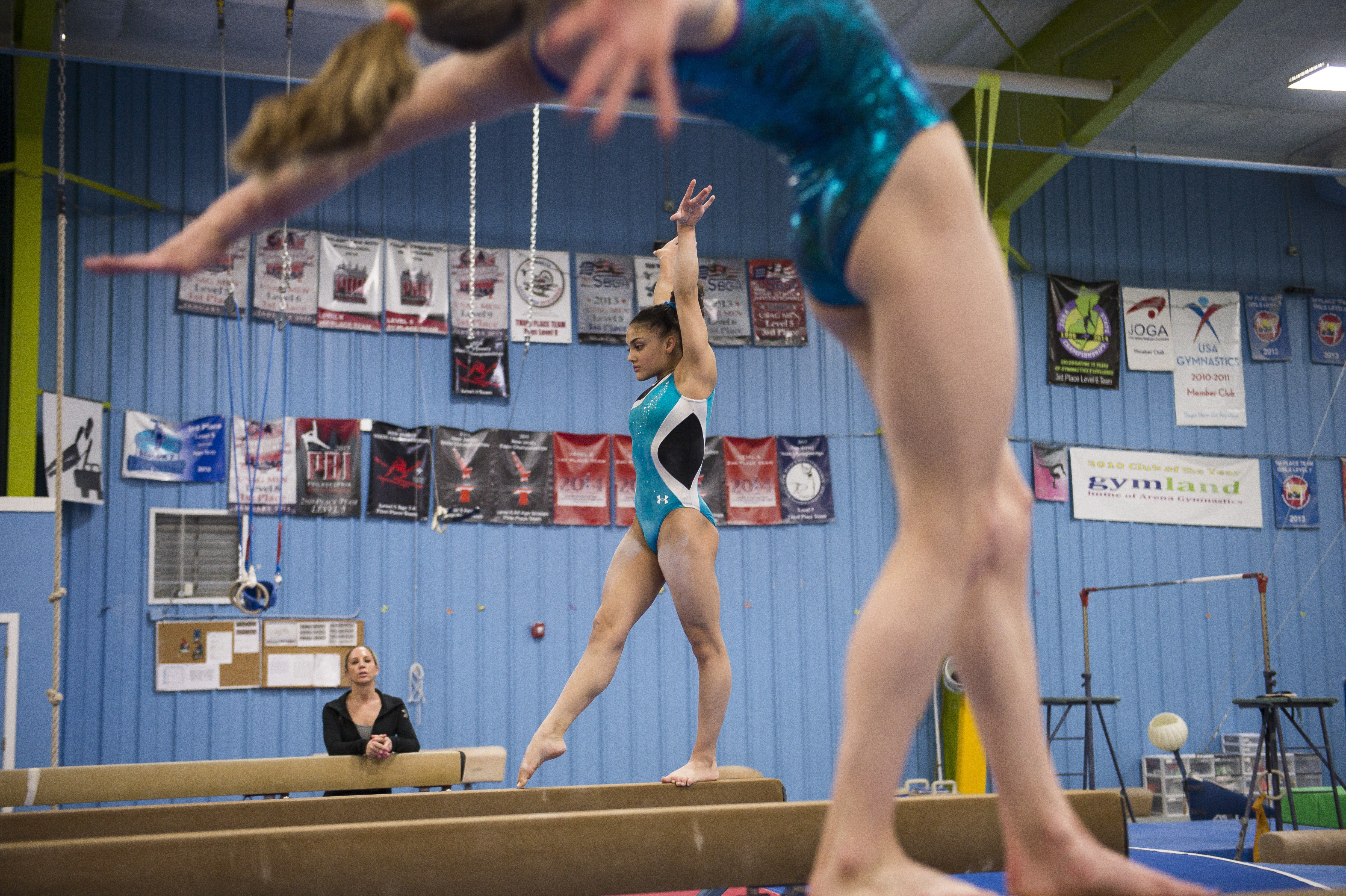 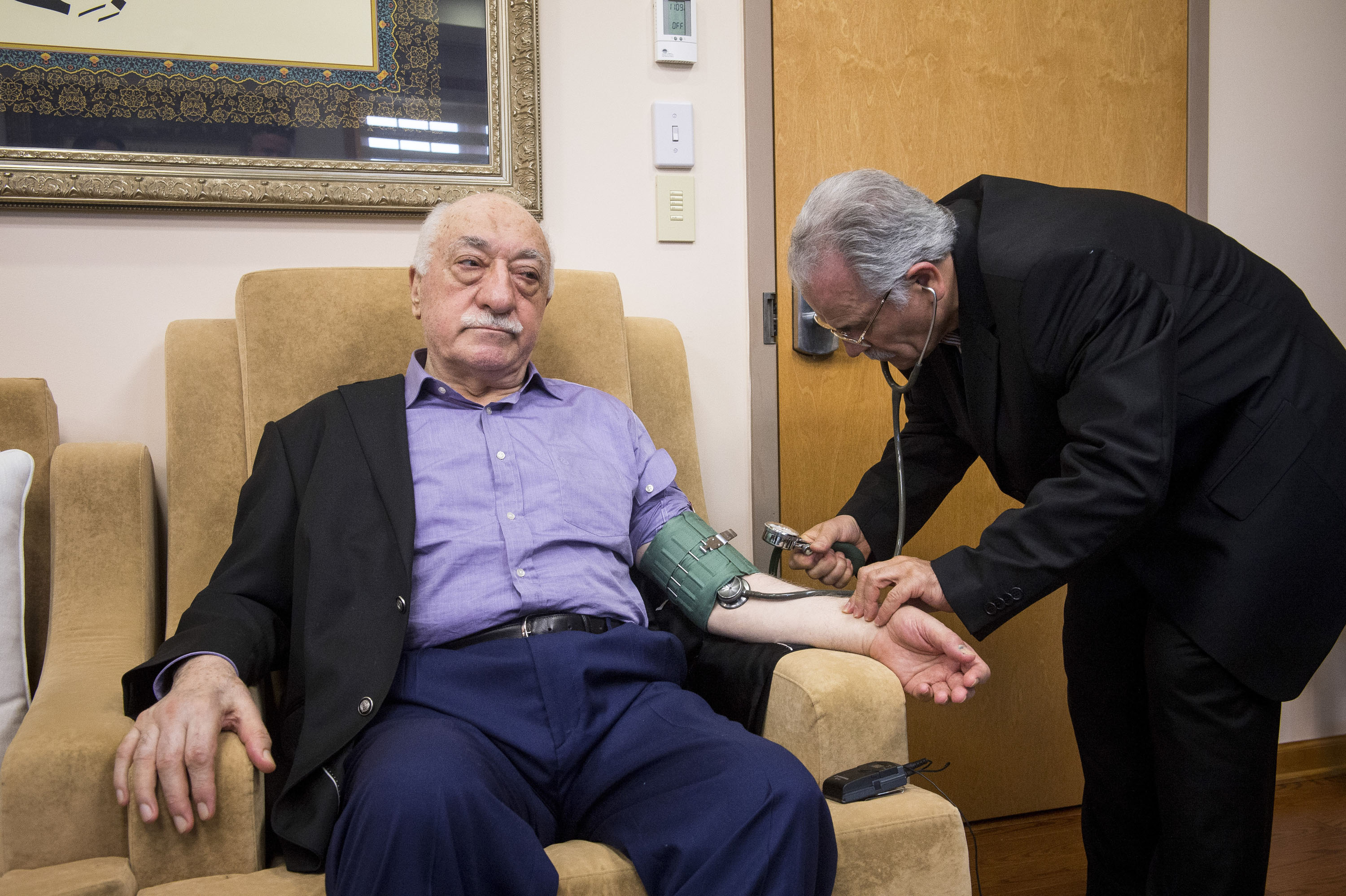 SAYLORSBURG, PA. - JULY 16, 2016: Exiled Turkish religious leader Muhammed Fethullah Gulen has his blood pressure checked by his doctor inside his Pennsylvania headquarters the day after a coup attempt tried to overthrow the government of Turkish President Recep Tayyip Erdogan. Charles Mostoller for The New York Times 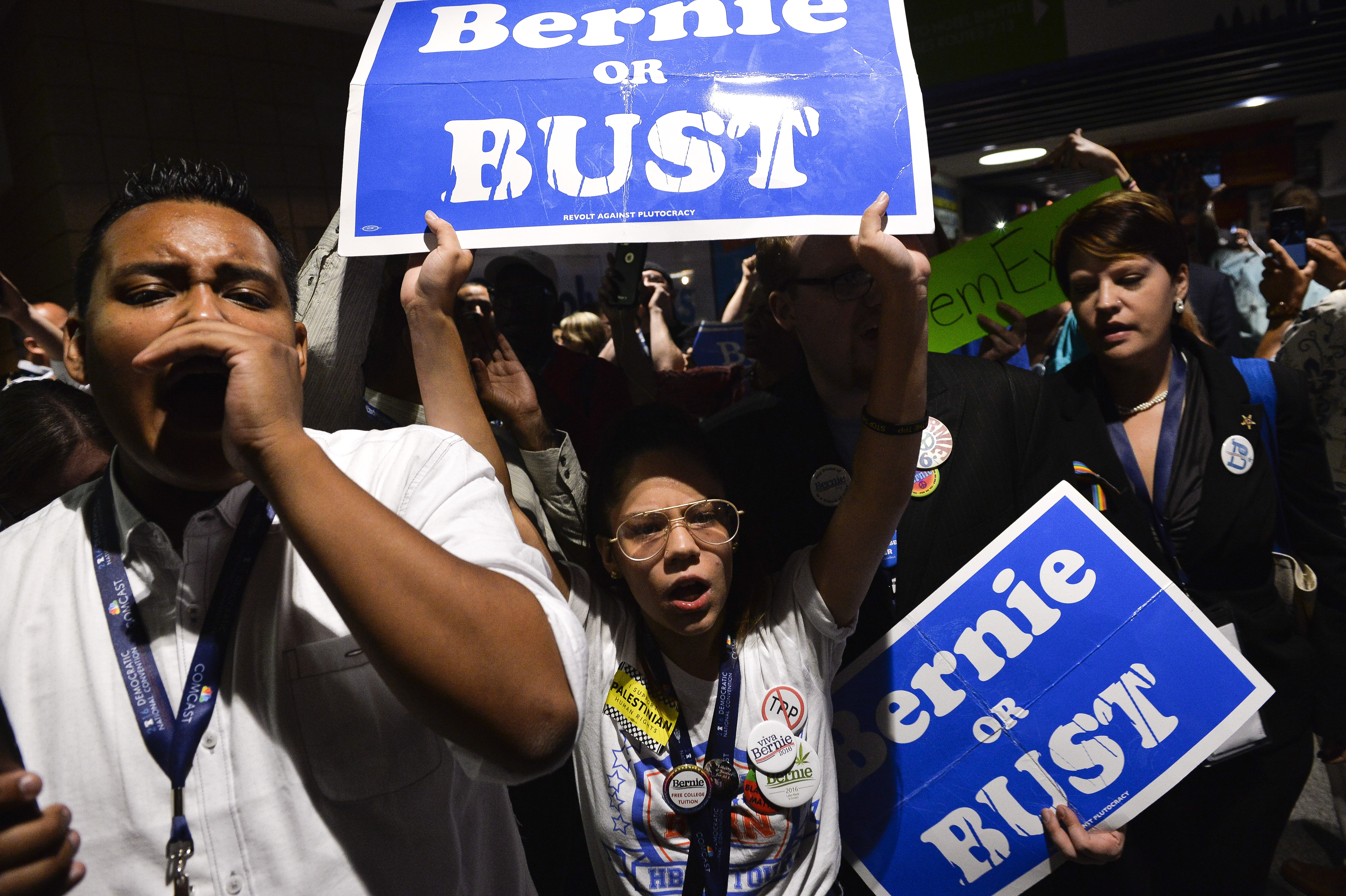 Supporters of former Democratic Presidential candidate Senator Bernie Sanders walk out in protest after he moved to suspend the rules and nominate Hillary Clinton during the Democratic National Convention in Philadelphia, Pennsylvania. U.S. July 26, 2016. REUTERS/Charles Mostoller 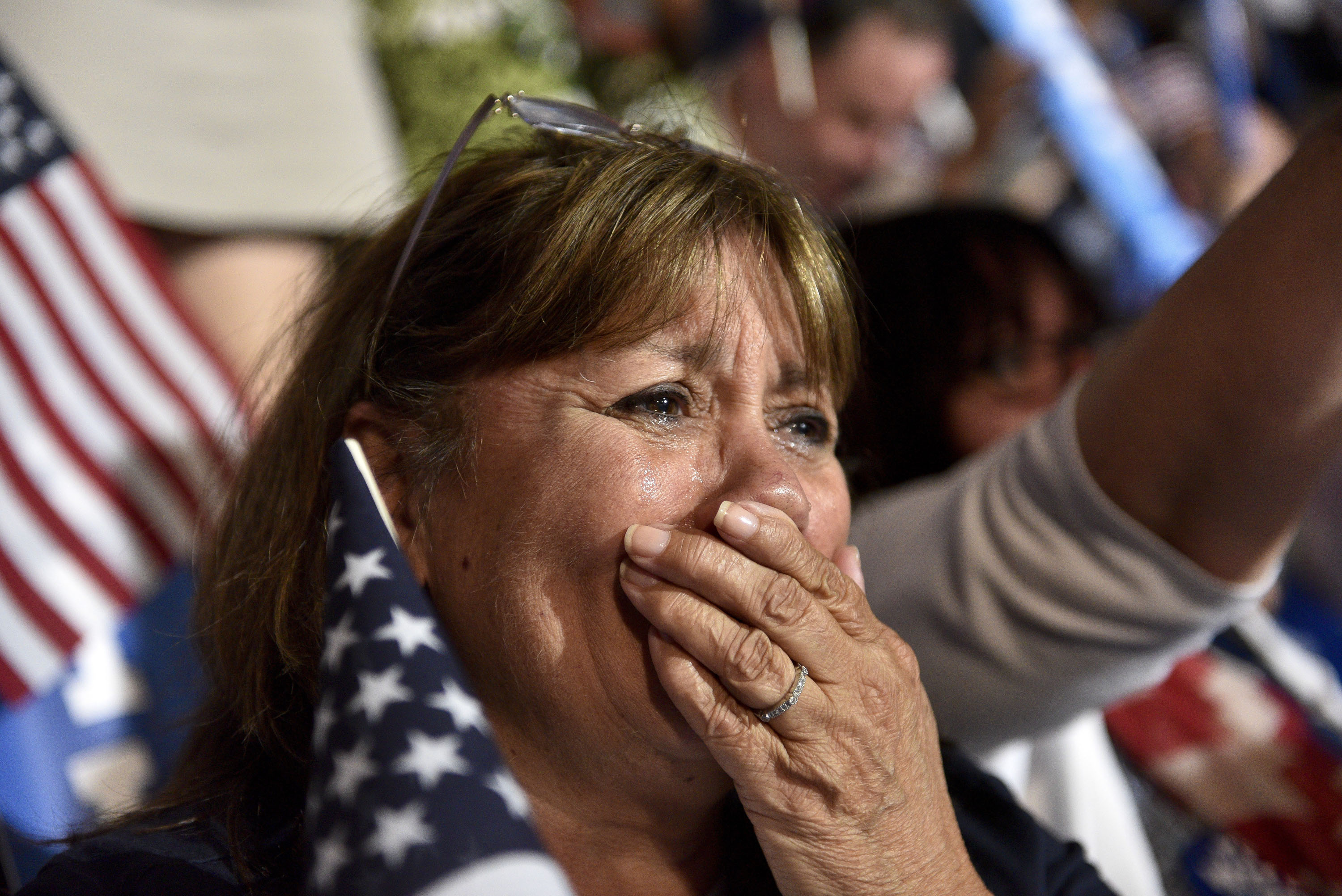 A supporter cries as Democratic presidential nominee Hillary Clinton accepts the nomination on the fourth and final night at the Democratic National Convention in Philadelphia, Pennsylvania. U.S. July 28, 2016. REUTERS/Charles Mostoller 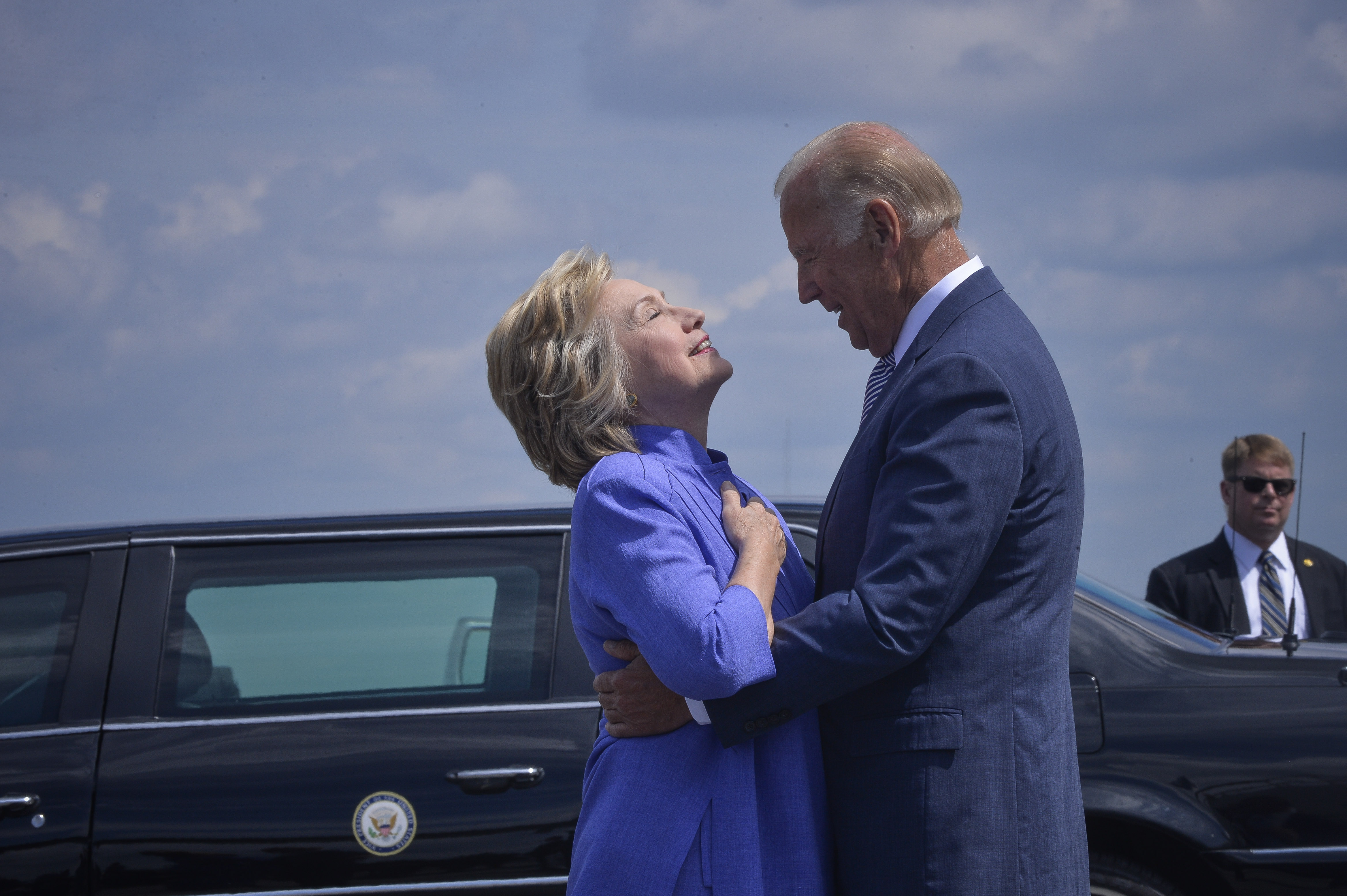 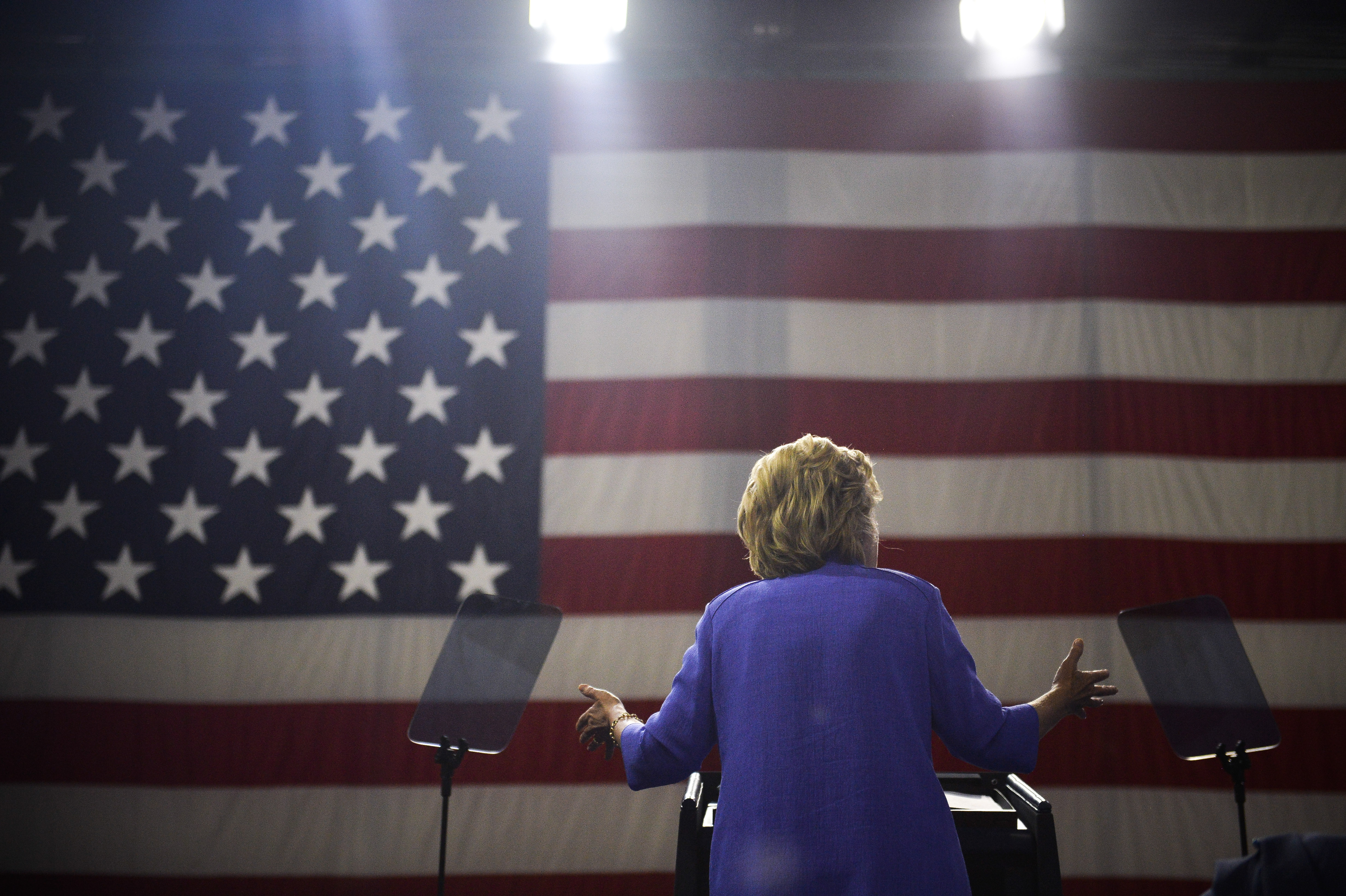 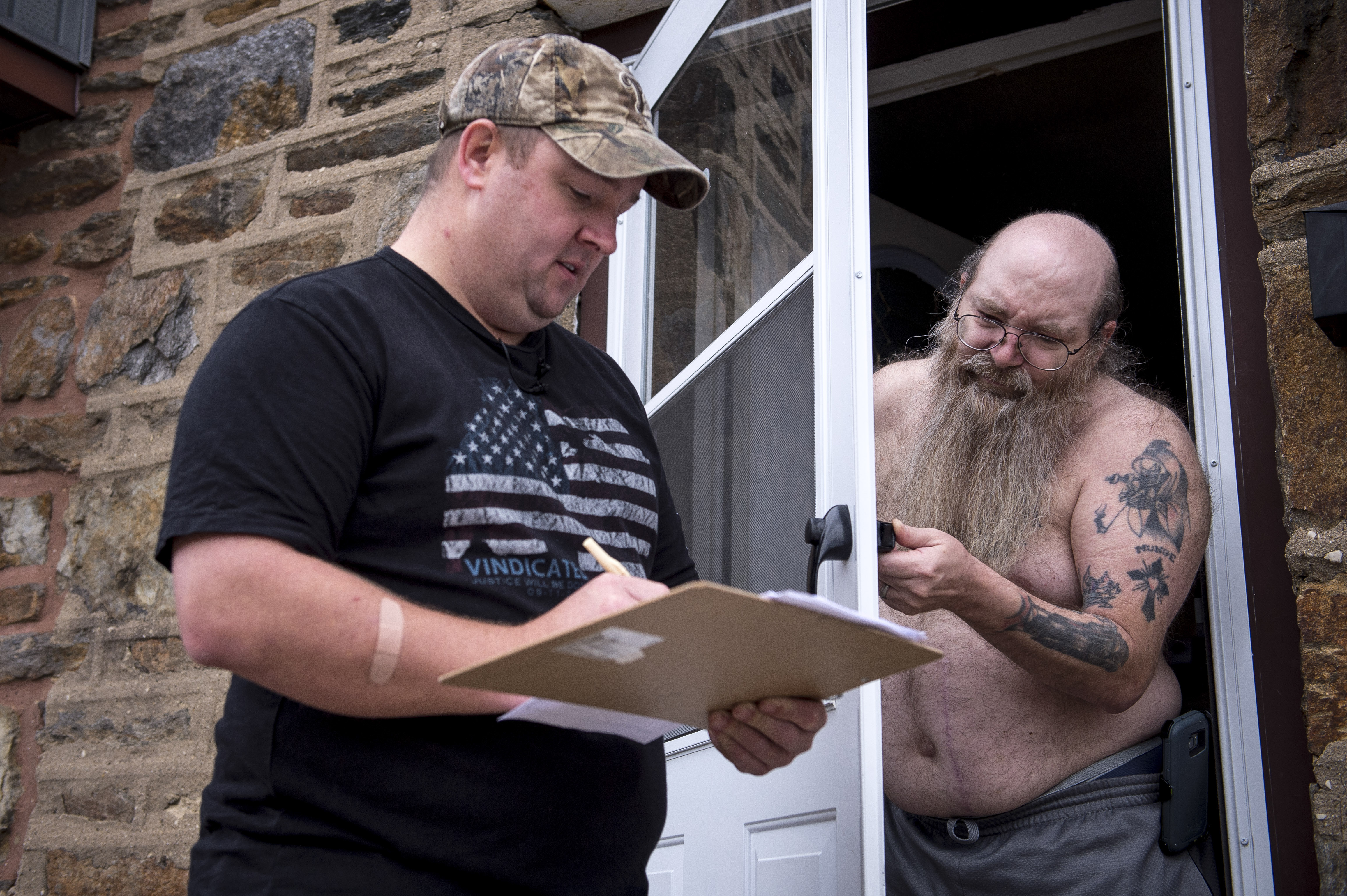 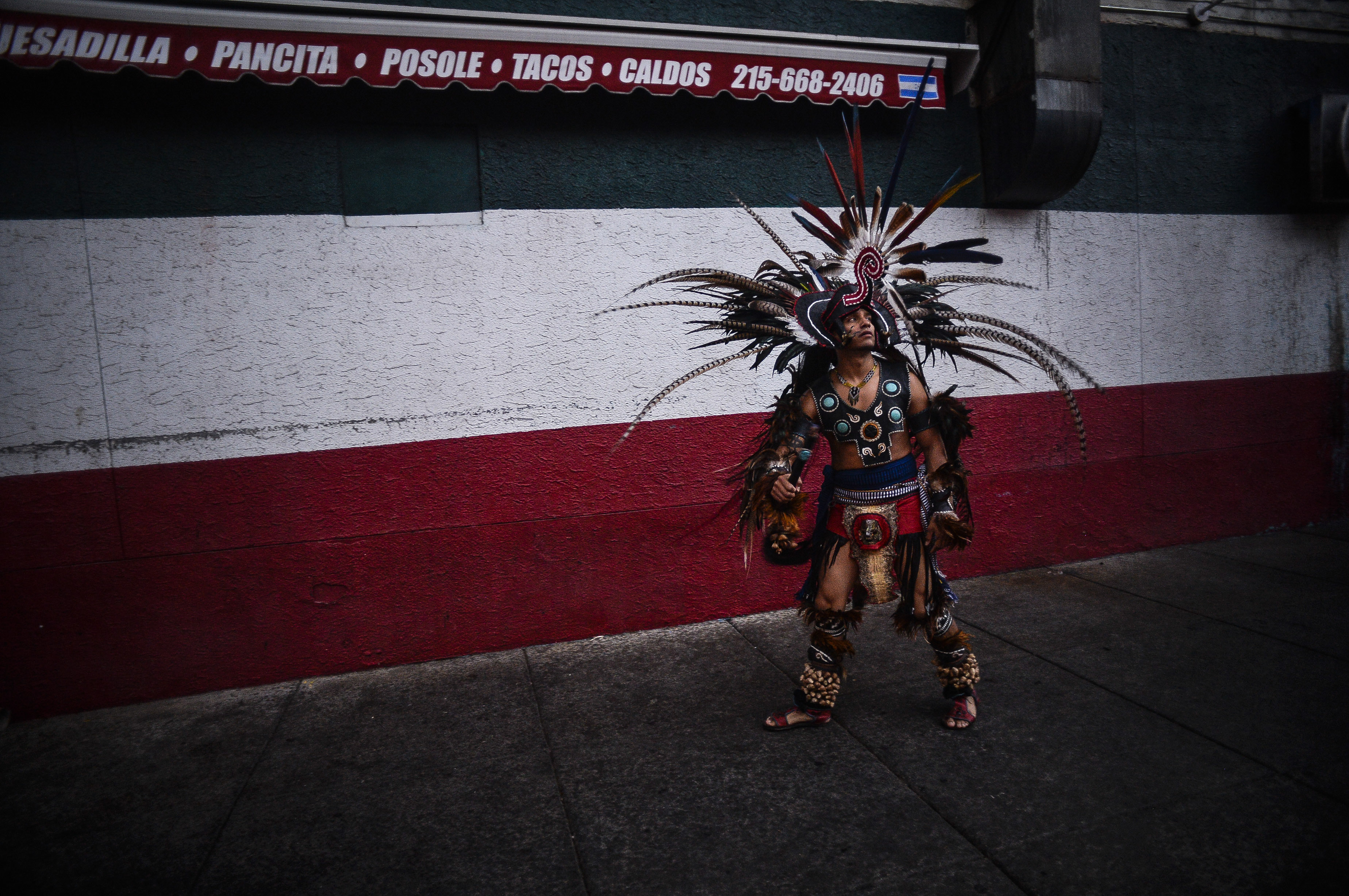 An Aztec dancer or "conchero" performs a Day of the Dead ritual dance outside of a Mexican restaurant in South Philadelphia, Oct. 30, 2016. 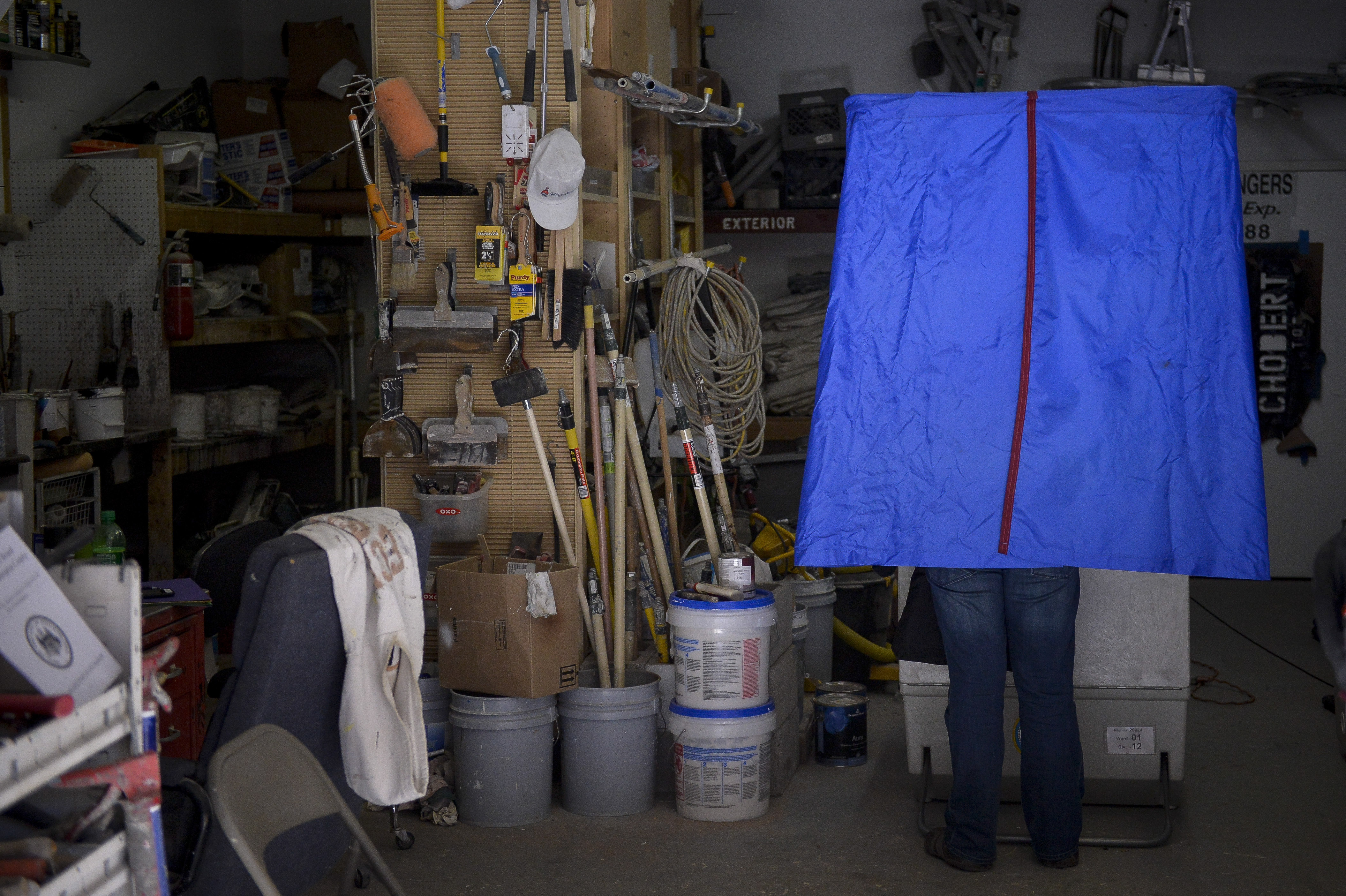 A voter casts his ballot inside the garage of Chobert Decorators during the U.S. presidential election in Philadelphia, Pennsylvania, U.S. November 8, 2016.  REUTERS/Charles Mostoller 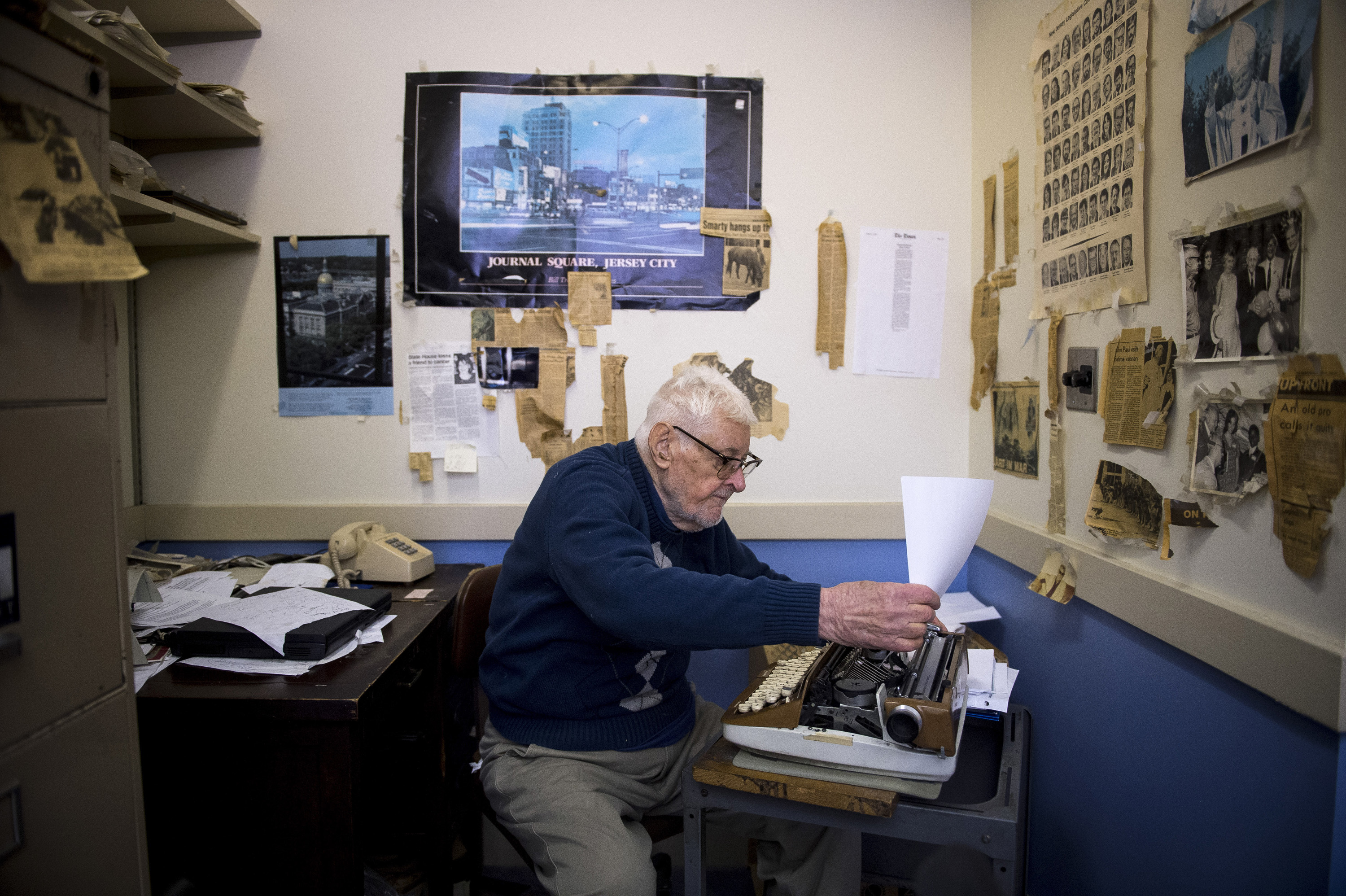 TRENTON, NJ - DEC. 09, 2016: Jersey Journal columnist Joe Albright, 87, writes his weekly column on a manual Smith Corona typewriter in the press office area of the New Jersey State House, a once bustling corner of the capital building that is now lightly staffed by only a handful of media outlets. Albright began working for the Jersey Journal in 1964. Charles Mostoller for The New York Times 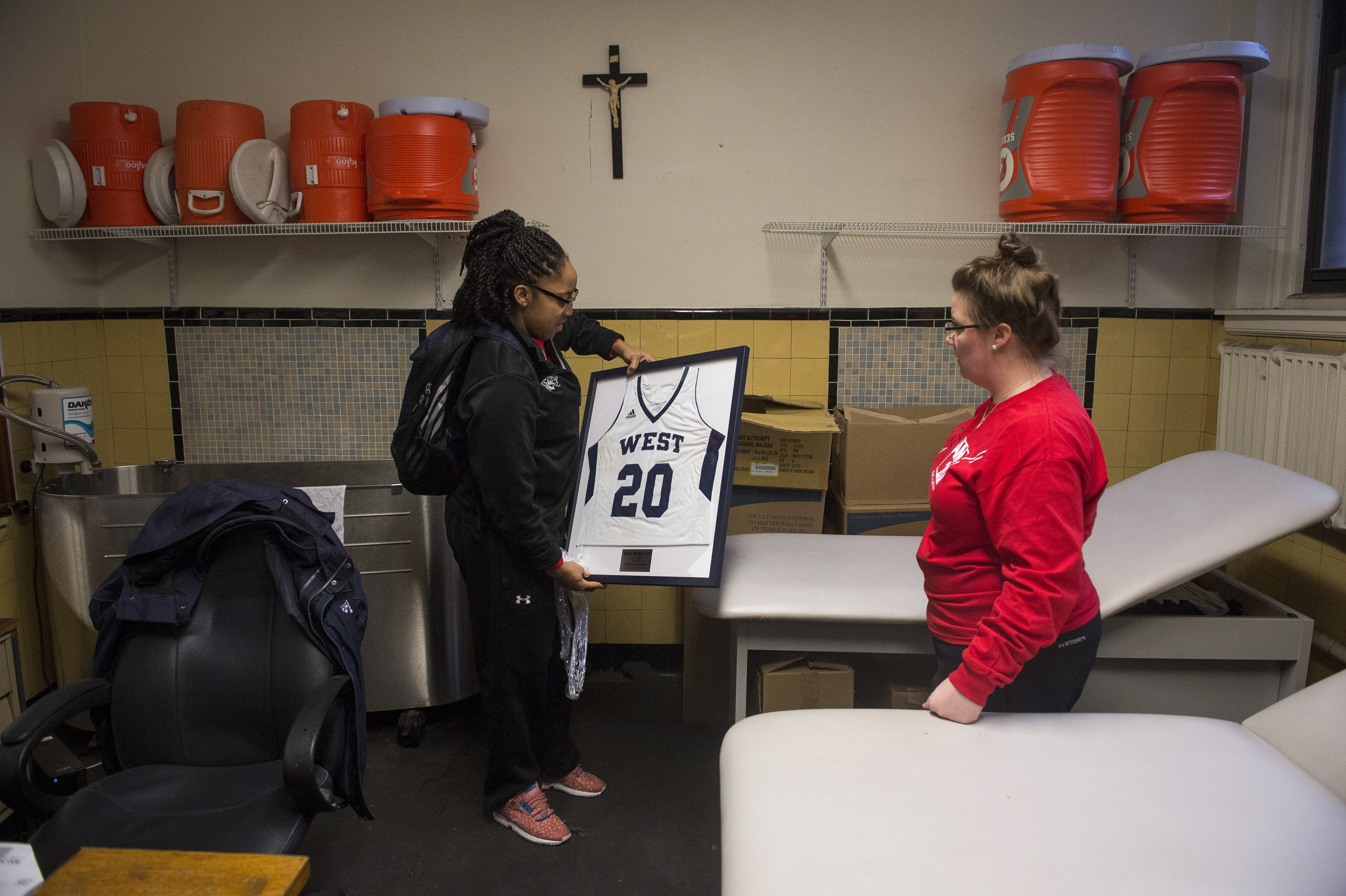 Philadelphia, Pennsylvania - December 13, 2016: Coaches Beulah Osueke, left, and Maureen Deviney hold a framed number 20 jersey which belonged to Akyra Murray before the first home girls basketball game at West Catholic High School. Pulse nightclub shooting victim Akyra Murray graduated from West Catholic just days before she was killed, and led her team to two district championships and scored over 1,000 points during her career at the school.  (Charles Mostoller for ESPN) 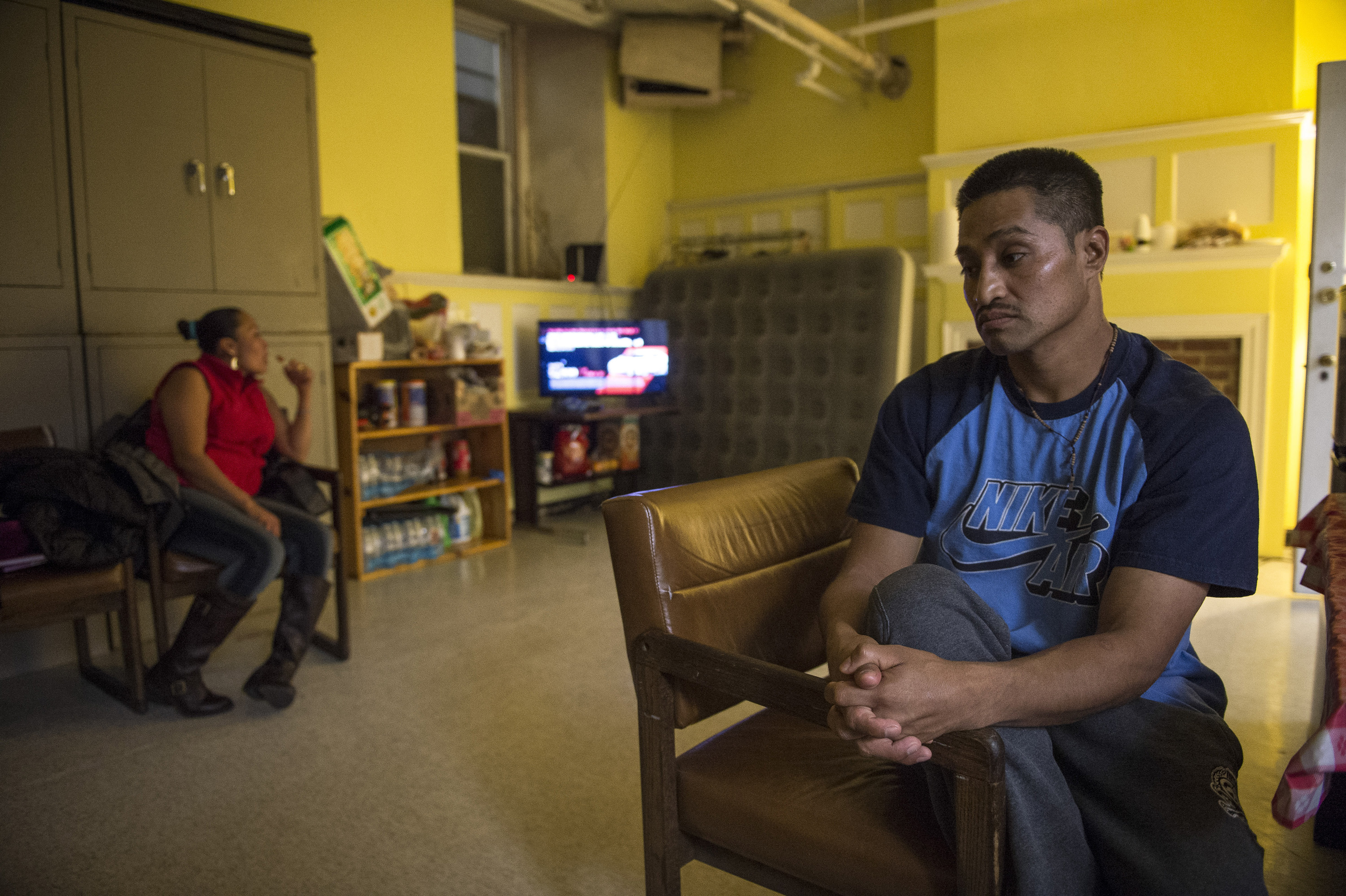 PHILADELPHIA, PA. - Dec. 16, 2016: Javier Flores, 40,  and his wife Alma Lopez Mendoza, 34, in the small basement room he lives in at the Arch Street United Methodist Church in downtown Philadelphia. Javier Flores is an undocumented immigrant from Mexico who has taken sanctuary in the basement of the Arch Street church to avoid a deportation order that would separate him from his wife and three children. Charles Mostoller for The New York Times 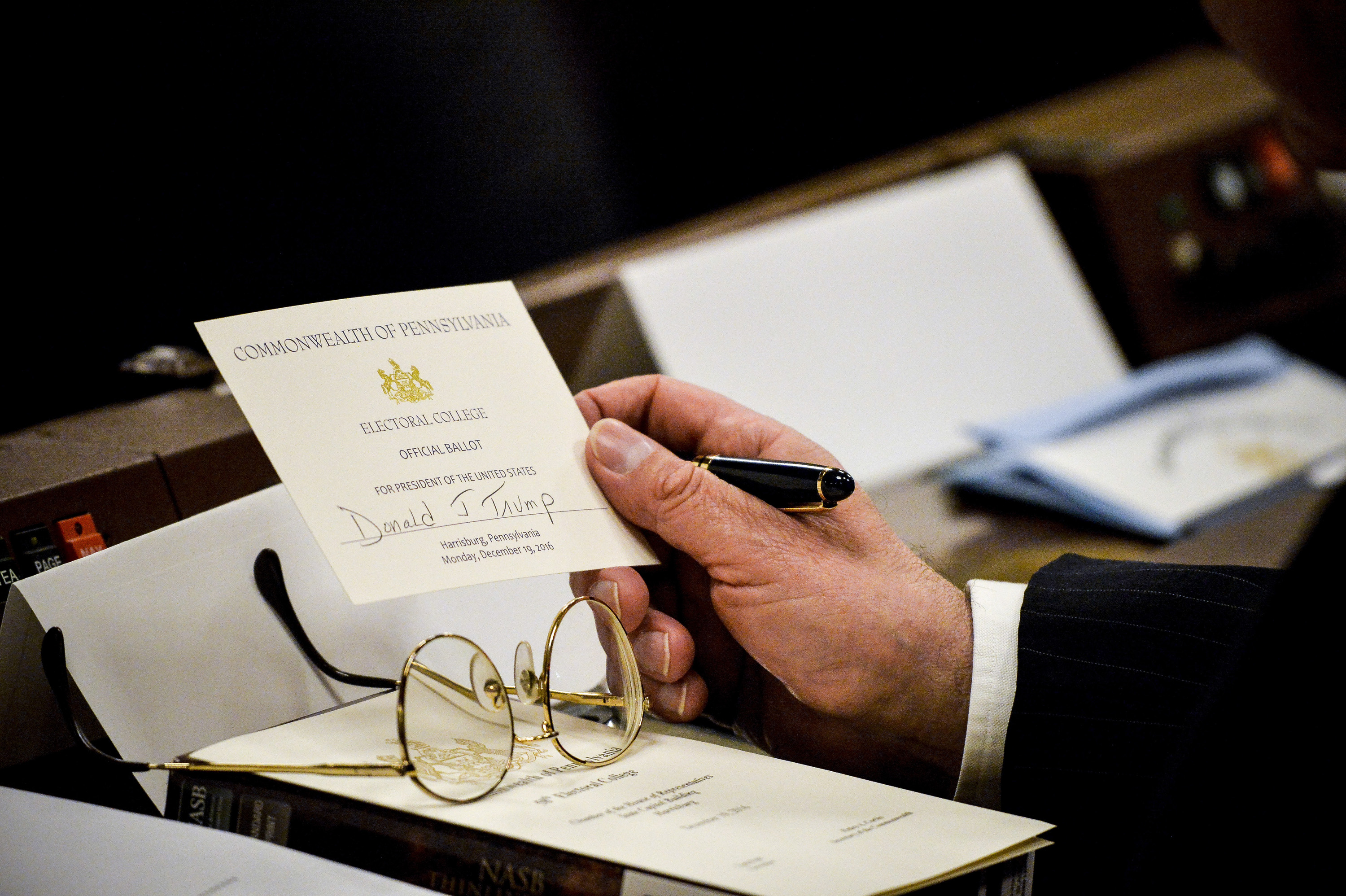 HARRISBURG, PA. - Dec. 19, 2016: A member of Pennsylvania's Electoral College holds his signed ballot as all of the state's 20 electors voted for Donald J. Trump. Charles Mostoller for The New York Times 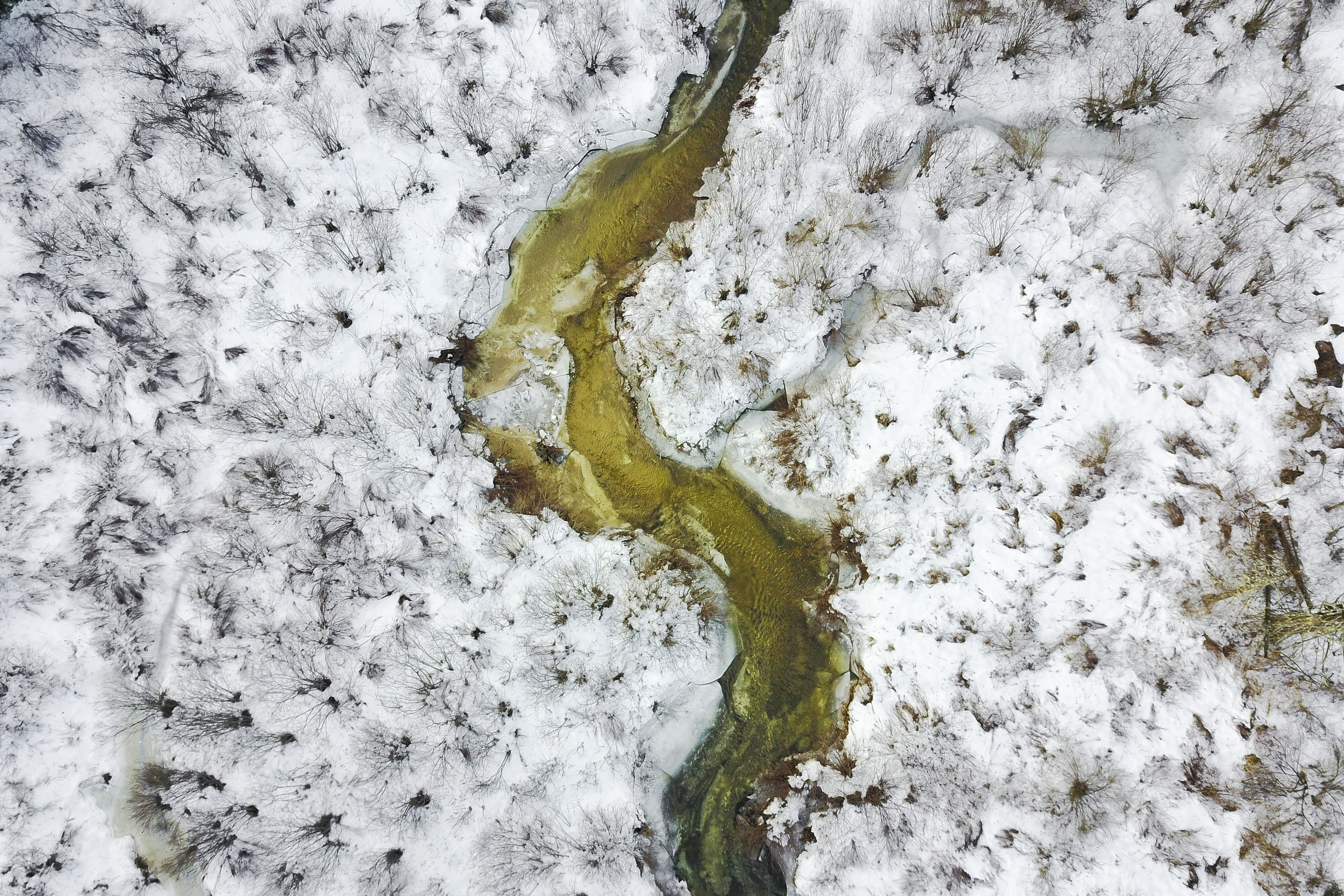